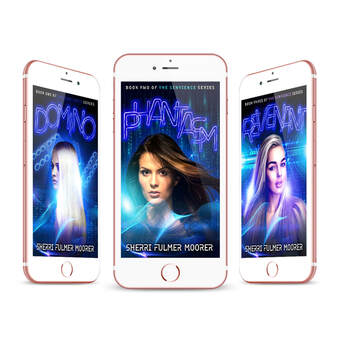 Earth hangs in the balance. The energy aliens came to live symbiotically. The cybernetics came to evolve the planet. Unfortunately, they chose an estranged cousins Kalea and Hailey to introduce them to humanity. Can they achieve balance, or will they descend into a three-way battle for survival? The trilogy includes:

Progenitor, Book One: Humanity's greatest achievement exposes our greatest weakness. Kalea Kerner is an electrical engineer focused on taking over her father’s company when the impossible happens: her uncle rises from his deathbed and heals her broken foot. Is it a miracle? Is it a side effect of nanotechnology? Or is it something else?

Metamorphosis, Book Two: They can evolve with us, or they can die. Hailey Reed is knocked out by a nanotech surge, and wakes to a world where an alien presence has been revealed. Unfortunately, this presence isn’t alone. Another alien race has hacked into human nanotechnology with their own designs on Earth. Can humanity survive this invasion, or will they be forced into evolution?

Emergence, Book Three: Three sentient races. Two wars. One planet. Who will rise? The cybernetics are in orbit preparing their final assault to terraform Earth, while the energy aliens have withdrawn from humanity. Can Kalea and Hailey set aside their personal conflict to prevent a bigger conflict that would cause the extinction of three sentient races?

An Amazon exclusive available at:

They can evolve with us, or they can die.
​
Hailey’s life was destroyed. Her father passed away, and her husband abandoned her when she was diagnosed with early onset Parkinson’s disease. All that’s left are a successful career as a lobbyist, and the nanotech keeping her alive. When a power surge through Earth’s satellite system blows out the nanotech it seems the last thing keeping Hailey alive has been destroyed; until the voices give her a second chance at life. The only condition: she must assist them with the evolution of the planet and the human race, without question or resistance.

Hailey wakes to a world where an alien presence has been revealed, warning of more aliens that have hacked into Earth’s technology in order to take over the planet. The problem is that Earth’s technology has been compromised for longer than they realize. Only Hailey, and others like her with extensive nanotech, know the extent of this infiltration. The greatest technological advance in human history has opened the door to an invasion, and it’s an offer that a desperate alien species is eager to accept.

Can humanity survive the arrival of another alien species, or will they be forced into an unnatural evolution?

Check out the reviews on Serious Reading and Readers' Favorite.

Earth hangs in the balance. The cybernetics are in orbit preparing for their final assault to terraform Earth, while the energy aliens have withdrawn from governmental affairs after a failed attempt to fight off the cybernetic invasion. Humanity stands alone against two alien races fighting for survival on the only known habitable planet in the universe.

But humanity isn’t united. Two major sectors don’t believe the alien threat and are preparing to wage war on the democratic sectors of the world. The three way battle for control of the planet puts the United States Sector government in a precarious position. Doing something about the terrain war threatens destruction at their own hand. Doing something about the aliens threatens the destruction of humanity. One way or another, the time has come for somebody to rise.

Will humanity survive? Or will they be destroyed by their own achievement of bringing unity to most of the world, while bringing two alien races home?

​Trigger - A The Earthside Trilogy Novel

This Heaven’s a lie.

Ayanna died and went to Heaven – or so she’s been told. She was working on advanced nanotechnology at her university job when a blast outside of her office building transports her to a utopian world, where her new job is to integrate advanced nanotech into the new world. There’s just one problem: Heaven shouldn’t need nanotech, and the more she finds, the more she sees that this Heaven may be a lie. When another new arrival discovers that the settlement isn’t stable, Ayanna and her team discover that things aren’t what they seem, and she wonders what on Earth brought them here.

Is this really life after death? Or is it something else?

Check out the review of Trigger on Reader's Favorite.

It’s been 129 years since humanity discovered nanotechnology and two alien races in The Earthside Trilogy. Willow Lanier, the great-great granddaughter to the leader of one of the alien movements, has been banished from Earth for launching a cybertec virus in a political statement against the cybernetic aliens. She’s sentenced to Kuiper Station One along with a scientific contingency and nine other prisoners involved in her plot. The catch: their mission is a secret study on a spatial anomaly in the outer reaches of the solar system that appeared when the energy aliens arrived on Earth in 2098. Soon, the team discovers that alien intervention has changed everything not in just their solar system, but in all of reality.

Check out the review of Convergence on Readers' Favorite. ​ 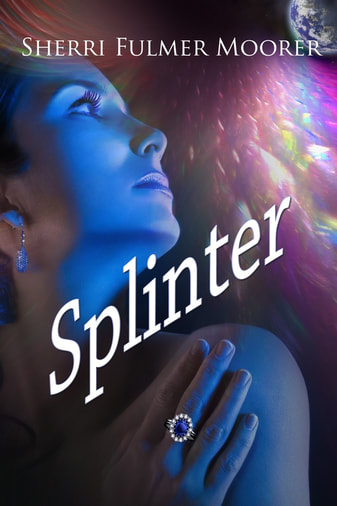 The end of the world is just the beginning ...

The year is 3001, and history takes a critical turn when Earth is destroyed by a solar flare. As Dr. Leigh Lybrand and her colleagues explore ways to survive in orbit of Jupiter, dark matter rips open the fabric of space and time, allowing them to see parallel universes. When the visions reveal that a radical religious group planned Earth’s destruction, Leigh must make a choice: Accept her fate or use what she’s learned to save humanity; even if it means betraying the one closest to her in a parallel universe and sacrificing herself in this one. 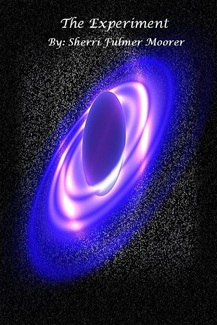 These are dangerous questions --

The apocalypse wiped out Earth in the form of an alien invasion on November 1, 2135. The only survivors were five hundred of the Earth's best scientists and astronauts that were smuggled to an experimental space station in orbit of Jupiter. They struggle to preserve the last remnant of humanity in deep space while their population ages and the station succumbs to atrophy. Then one day, the impossible happens. A dead planet resurrects with high-tech life.

Madison and Janelle pick up transmissions through Earth satellite systems and want to return to investigate, but their commander suspects an alien trap.The mystery deepens when further research shows that Earth is not only alive, but has enhanced their technology since the alien invasion. Did Earth survive? Did the aliens return to finish the job they started fifteen years ago? Or is it something else?

The Experiment is available at: 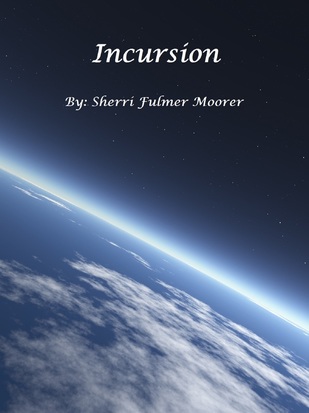 Captain Paige Lyton thought the strange transmissions over Earth were nothing more than background noise, until a nuclear attack obliterates an entire sector of Earth. As the government officials ponder a response to the attack, Paige and her crew are plagued by strange visions linked to the attack on Earth. When they realize the transmissions are linked to their visions, it leaves Paige to wonder whether the whole attack was real, or nothing more than an incursion on reality.