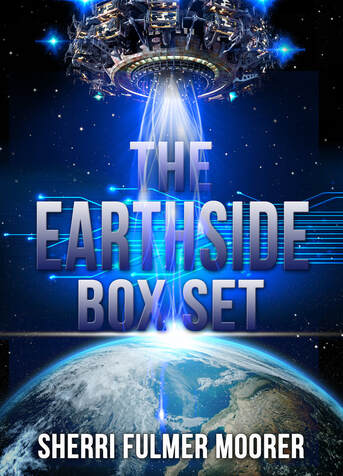 Earth hangs in the balance. The energy aliens came to live symbiotically. The cybernetics came to evolve the planet. Unfortunately, they chose estranged cousins Kalea and Hailey to introduce them to humanity. Can they achieve balance, or will they descend into a three-way battle for survival? The box set includes:

Progenitor, Book One: Humanity's greatest achievement exposes our greatest weakness. Kalea Kerner is an electrical engineer focused on taking over her father’s company when the impossible happens: her uncle rises from his deathbed and heals her broken foot. Is it a miracle? Is it a side effect of nanotechnology? Or is it something else?

Metamorphosis, Book Two: They can evolve with us, or they can die. Hailey Reed is knocked out by a nanotech surge, and wakes to a world where an alien presence has been revealed. Unfortunately, this presence isn’t alone. Another alien race has hacked into human nanotechnology with their own designs on Earth. Can humanity survive this invasion, or will they be forced into evolution?

Emergence, Book Three: Three sentient races. Two wars. One planet. Who will rise? The cybernetics are in orbit preparing their final assault to terraform Earth, while the energy aliens have withdrawn from humanity. Can Kalea and Hailey set aside their personal conflict to prevent a bigger conflict that would cause the extinction of three sentient races?

Trigger: This Heaven's a lie. Ayanna died and went to Heaven – or so she’s been told. What she doesn’t understand is why Heaven needs nanotech. When her research reveals instability in their colony, her faith is shaken and she wonders how much of this place is real – and how it’s linked to the world she left behind.

Convergence: A spatial phenomenon in the outer reaches of the solar system threatens humanity with more alien intervention. 129 years after the battle for Earth finds Willow Lanier, Kalea Kerner’s great-granddaughter, banished from Earth. Her prison sentence is to work with a scientific team on Kuiper Station One to study a spatial anomaly in the outer reaches of the solar system that emerged with the alien presence in 2098. As the anomaly expands, they discover that the battle for Earth wasn’t just for the planet: it was for every version of reality.

An Amazon Exclusive available at: 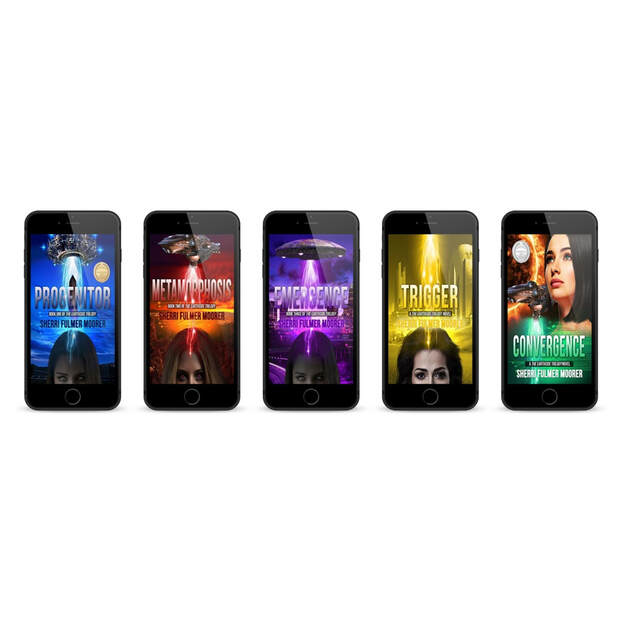 What does it mean to be alive? It’s every experience we have, big and small. Sometimes, it’s big changes that alter the trajectory of life that bring us to life. More often, it’s the small things that happen in day to day living that shape us into a new creation.

Alive - Slice of Life Vignettes celebrates the moments that make us truly alive, whether it’s a major discovery, a triumph, a loss, or a mundane conversation that gives us a glimpse of a different reality. These sixteen stories show women facing emotional moments and shifting paradigms to find what it means to be truly alive. These scifi, mystery, general fiction, holiday, paranormal, and suspense stories embrace the ways life speaks to us and helps us to grow into experiencing life to the fullest.

Most writers start their bio with an explanation of who they are and why they write. I’ll make this simple. My name is Sherri Fulmer Moorer. I write because I’ve always loved to do it, and ebooks gave me an opportunity to share those stories with readers that I couldn’t pass up. The purpose of my writing is to escape reality and experience the adventure of ordinary people dealing with extraordinary circumstances.

I write in a variety of genres because I can’t be pigeon holed into one area, and I’m many other things in addition to being an author. I work full time in professional licensing, which is great for keeping me in touch with people and reality and, in turn, inspires me to write more. I’m married and live in the woods with two parrots that keep our hearts, home, and lives filled with joy and silliness that most people find strange. I’m a book reviewer, social media rambler, and borderline introvert/extrovert whose kindred spirit, according to online quizzes, is  somewhere between a Sith Inquisitor from Star Wars and Scooter from The Muppets.